In my project I knew most of the information already. I think I did absolutely great on my project for anyone who needs the information about starting their very own day care. My introduction is Child Care Management, which gave the idea of what and how it works. I gave valuable information on the topic even basic steps. My audience was most likely paying close attention. My research was 4 sources minimum. The grammar in my presentation was very appropriate and understanding. Now that i reflected on my presentation, the techniques I could incorporate in another would be eliminating a little words on each slide, interfering with the audience a little better and speaking a lot louder. 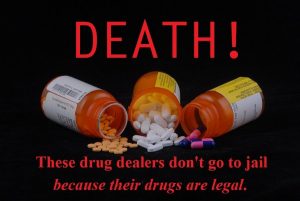 Prescription Drugs are advertised directly to consumers because it spreads valuable information about the product and conditions associated with the drug. It helps patient make better educated decisions for their health. Advertisements also motivate patients to bring physicians’ attention the information they receive about diseases. Companies are the ones giving consumers information about the products on ads, doctors only receive what they’ve heard from patients and agree or tell the little things they know. This pro side is keeping ones aware of what’s really happening, because there’s still more to know about every prescription drug. These companies are mainly thinking about the money and not anyone’s health. The con side of direct to consumer advertising prescriptions medicine causes public harm through misinformation leading to inappropriate prescribing. DTCA increases the likelihood of consumers requesting the advertised product and believing they have a condition. This is harmful for patients and can damage doctors relationship with patients, even create necessary costs to the patients health system. This is not okay, even if you think companies are explaining all they may know about these drugs, you still have to be certain of what you’re taking. Most of the time I’m confused myself watching these prescription commercials, because some symptoms are treated but if you are diagnosed with something that may react badly to the drug, will be harmful. My concern is what will help those people and how come doctors themselves advertising since they’re the ones prescribing medicine to you? There should be changes happening soon, otherwise this nation will continue on and the nation will mostly die from medicine.

Chance The Rapper is an influential black musician. He is an American christian from West Chatham, Chicago, Illinois. He won three Grammy awards and has inspired me and many more people for being an outstanding role model who cares for our upcoming generation. Chance’s career started after passing out mix tapes for free to meeting major labels. His music has a mix of gospel and rap, what he does not want to do is redefine gospel. Chance never wanted to sell his music because he thought, putting a price on it puts a limit on it and inhibited him form making a connection. He is the perfect example for black history month because he is showing our young people that they have something inside of them that is worthy of being expressed, and that they have so much to contribute to their communities and to our country. Chance has made a big donation of one million to the Chicago Public School system. Chance has become known for a signature accessory baseball cap emblazoned with the number three, he’s rarely seen without, he thinks it makes more sense because of his third album, “Coloring Book.” Now his hats are on sale for his inspired fans.

My social issue is same sex should be allowed to adopt. It’s a social issue because not all countries accept the fact that the LGBT group are adopting kids and they aren’t heterosexual couples. People disagree, because orphans and foster children should experience having a mom and dad. My solution is to get everyone to see the point of view from all foster and orphan kids, because they just want a happy home and to be loved.  It’s the best solution because most children never be adopted and they lose all their hope and blame themselves for not having loving parents of their own. Pros to my solution are same sex parents give orphan and foster children a complete family they’ve never experienced,same sex couples have easier access to have a child for themselves and children don’t have to wait much longer to be adopted. Then my cons are people aren’t agreeing that same sex parenting should be allowed to adopt, children do not grow in an environment not having well balanced adults and there’s people saying that children should have role models from both sexes. Do you agree that unbalanced parents will harm the environment of the children’s future? Are there any recommendations of videos or data i could use to utilize for my research paper on this topic?

This Toyota commercial purpose is to tell the audience anything is possible. They’re intended audience is everyone who’s watching or in the condition as the people who were in the commercial. The stance is that Toyota starts from the bottom and built their way to become a better and usable company. The genre is dramatic, because they used serious scenes, for example the girl born with no legs. 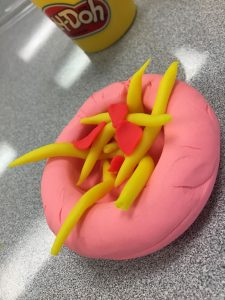 The item i created is a bowl of spaghetti, which is my favorite meal. The pink play-doh is the bowl, the yellow play-doh is the pasta and the red play-doh is the tomato sauce. It’s very important to me because I originally like chicken Alfredo but I will eat any pasta there is. Whenever my family and I go out to eat the first thing I always search for on the menu’s is there pasta’s. My sister says I’m an addict when it comes to this meal. I call it an everyday meal, because personally I can have Alfredo for breakfast, lunch and dinner. Alfredo is a easy and quick meal anyone can make. It’s almost as if you are making roman noodles but longer and with more ingredients, depending on what you might want in your dish. Other items made by my classmates were very creative, there was a shoe representing style and the obsession of sneakers. Sneakers are like a must have, you see a pair, the colors amazes you and the brand is what makes it more popular. Jordan’s is the main brand that’s really known since it’s owned by a legendary basketball player. It also caught my attention because I like dressing up, love playing basketball and shoes are my passion as well. This assignment gives writers the ability to write how one thing can mean so much and make them also forget how much they’ve written. It improves our typing and writing skills much more.

According to my  topic 80% of the United States votes gay couples should have the right to adopt and 20% of the United States voted that gays shouldn’t have the right. The 80% of the United States who voted they should says yes, as long as they pass the same background checks as straight couples. The 20% of the United States voted no, because they believe a mother and father structure will be best  for the child. In my opinion gay’s have every right to adopt like every straight person themselves. There’s no other possible way for them to conceive a child. With that being said, if the gay men can provide a suitable home for the child that they are planning on adopting, then there should be no issue because everyone is now happy. The men that want the child and the adopted child because he or she now has a family. Also, when the men choose that they want a child they are most likely in a good mental, physical, and financial state because they have decided that they are ready. It should only be fair to allow them to adopt the child because they will be able to provide for them in all the ways needed. 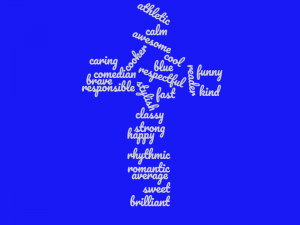 I chose this image because the man above made me the person i am today. I have so much stamina in me that I’m able to do any sport. I’m a funny person, there’s not a day that goes by when i don’t make anyone laugh or smile. I am caring for multiple reason, I never want to see anyone giving up on themselves. I am loving, no matter how bad I’ve been treated, my love for you will never go away but I’d need my distance.

Welcome to your brand new blog at Edublogs!

To get started, simply visit your blog’s dashboard, edit or delete this post and check out all the other options available to you.

We can walk you through step-by-step in our guide to getting started with your blog.